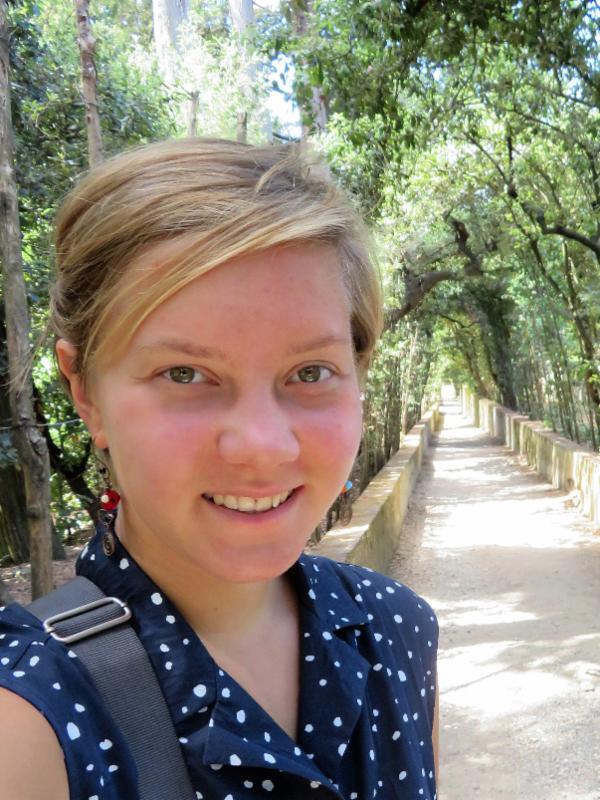 We recently caught up with Karin Davey, an alumna of the YES! team at Mankato West High School from 2012-2014. While on the YES! team, Karin worked with her team members to get the school cafeteria to switch from disposable Styrofoam lunch trays to reusable ones. Karin notes, “we had a lot of fun with that project, even though it was quite a lot of work. We saved all the (rather disgusting) trays for a week and up the side of building to show just how much trash was generated”. In addition, she helped to implement a compost system at the high school as well as working to install multiple hydration stations and energy monitors to be used for future energy-based projects.

Karin gained numerous skills from her involvement in YES!, explaining that “my experience in YES! was the first time I was really exposed to just how much effort goes into organizing anything, especially projects that try to change habitual behaviors and attitudes. I learned how to use the economic argument to advance ideas that are often seen as contradicting “good” economic sense. I think I also began to learn how to deal with people who are apathetic or against my ideas”. YES! influenced her path after graduation from Mankato West High School, reflecting “I got involved with YES! during a time when I was beginning to realize how important environmental issues are to me. Even though I didn’t immediately go that direction after high school, I think the exposure to a wide variety of issues and the solutions people came up with was lurking in the back of my mind, whispering until I figured out that environmental and energy issues were what I considered the most important and fundamental. I think my inclination towards community action also has some influences from my YES! experience”.

Karin’s favorite aspect of participating in YES! was “realizing that a group of students could bring about some pretty significant change was a really great feeling. It was empowering and inspiring. I remember feeling so exhilarated when we finally saw the reusable trays being used in the cafeteria. We did some tours of waste treatment facilities and a compost organization, which I thought were really cool because those types of things are not commonly understood but are incredibly important parts of our society”.

We are so thankful to have wonderful young people like Karin driving positive change in their schools and communities through participating in YES! If you have been a part of YES! and want to share your story, contact us.